Wacky Races
(No Ratings Yet) 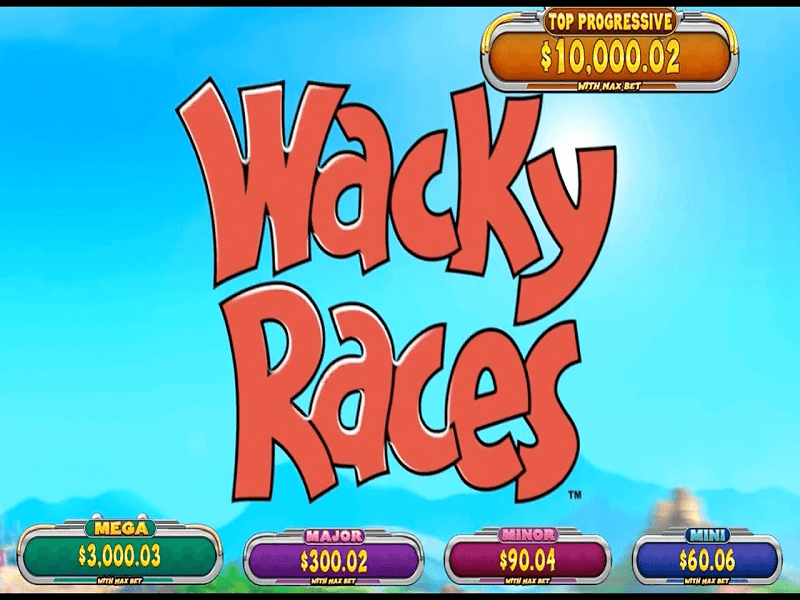 It’s been quite some time since Hanna Barbera’s classic cartoon series was aired on television. This 1960’s rich cartoon series was starred by plenty of weird-looking characters racing around the globe for the title of the world’s wackiest driver. Recently, Bally picked up the idea and converted it into an awesome-looking slot machine.

Wacky Races slot machine is equipped with a 5×4 playing grid offering 5 reels and 4 rows. With a total of 40 paylines, the game offers plenty of chances to land some beneficial combinations.

Bally, which is known as one of the top-notch developers in the industry, packed this casino slot with a number of bonus features that make this game even more thrilling. Stay with us as we’ll go through all of these features one by one.

Hit the Accelerator with Wacky Races

There is a total of 4 bonus features which act as accelerators and can boost a player’s wins dramatically.

Racing Bonus, which is triggered by landing three or more of the Wacky Races wild, takes you to an actual wacky race. Five cars race to cross the finish line, and the winner decides your rewards according to the details provided below:

Each of the spins during base game starts with mystery symbols stacked on the reels. These symbols can transform into any of the regular symbols, thus enhancing your chance of landing a complete combination.

Also, there is a Random Wild feature, and up to 11 wild symbols are introduced on the reels randomly during the base game, thus increasing your winning probability. Moreover, each of the spins during the base game starts with a reel stacked with wilds.

Wacky Races is an excellent looking slot machine with plenty of winning opportunities. At the beginning, you may find this game to be a bit complex, but once you figure out the gameplay, you will see a game offering plenty of entertainment, along with some handsome payouts. According to the charts at casinos online, overall, the RTP of the slot is as high as 96.03%.