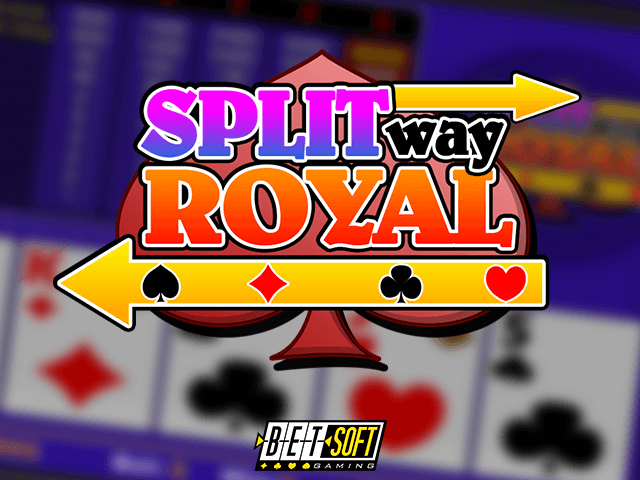 Split Way Royal
(No Ratings Yet)

What did people think about Split Way Royal?

Here’s a few other thoughts about Split Way Royal

Never mind if I like playing this Split Way Royal game or not, but the things that I don’t like are just too many! The paytable is as good as no paytable, because it doesn’t indicate the important details that any player would want to know. Not only that, the values for all the regular symbols are just too low, and the values for the Wild, Scatter and Bonus symbols are totally non-existent! I really wonder what and how these BetSoft game designers think! Oh! Before I forget, I’ve played this game maybe 2 or 3 times last year, and only once this year, and all the payouts that I’ve gotten have never exceeded 20x my bet amount. So how’s that for good payouts? Sheesh!

Now, a bad thing is that they made the bonus game very hard to catch, I donвЂ™t know why but I will play again to see this feature!

I did not like that regular scatters does not award any feature. Once I got 3 scatters played first time I was expecting that I get some feature, freespins probably, but after I just get payout and nothing else of course I was sad.I did not like look of this game. Old, with not nice sounds and music. Games like this i am very rare prefer, but this one is not this example.I did not like normal play at all. It is just not interesting, scatters that not give any feature, wilds without even a multiplier. Very sad and annoying to play this game for a long time.I did not like game at overall. I mean that it is really hard to play it, because nothing to wait or expect. You can only wait bonus feature which is good one, but game could not hold just on one bonus game, specially if there is not very huge potential.

There are only a few things I donвЂ™t like about this game. The reels donвЂ™t look like they are spinning which is classic for older slots and the big win sound comes even on very small wins.

Although Split Way Royal has a great many ways of achieving a huge win and thus can be very exciting to play at times, it can also be very brutal as well – it is not unusual to witness huge numbers of dead spins in a row playing this game, and you will need to be lucky enough to activate all three possible wishes simultaneously in order to really have a chance at seeing the maximum potential this game has to offer. I don’t recommend playing this game when your bankroll is low, save it for those days when you have made a large deposit and you have a much better chance of acheiving a big win – this isn’t my favourite high variance slot and I think I would probably prefer to play Dead or Alive, but it does make a nice change from time to time.

We believe that Split Way Royal from Betsoft, which was released 01.01.2015 with RTP Unknown and Volatility – N/A are worth to play. And remember that is have PAYLINES AND N/A REELS. This and 0 BETWAYS give a chance to win 4000 JACKPOT.

You should try to play in Split Way Royal with MIN BET AND MAX BET.

Don’t forget that Split Way Royal are using FLASH TECHNOLOGY, and have nice game features such as Poker-Game