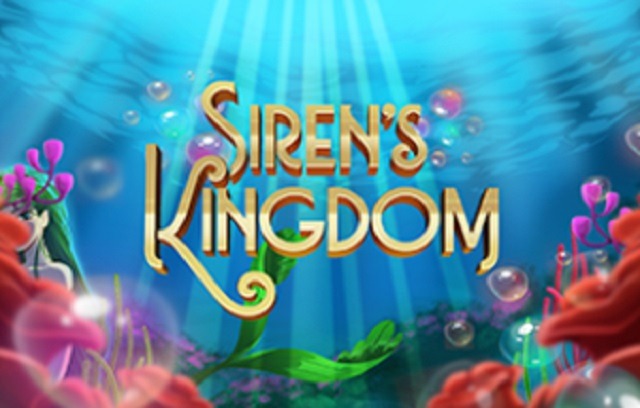 Siren's Kingdom
(No Ratings Yet)

The old tale of Siren’s derives from Greek mythology a shocking and melancholic horror that sirens would wreak havoc on oblivious sailors drawn in by their enchanting tunes. Over time, the fear has been washed away by sappy tales of defiant love between mermaids and humans. Modern animations have even made this deep sea creature a mascot of beauty and adoration right next to princesses, ponies, and unicorns. Siren’s Kingdom slot machine disregards the tragic and sappy altogether. This Iron Dog title likens the appearance of mermaids to riches and good luck.

Creatures from the Deep Sea

Siren’s Kingdom casino slot is a classic five by three video slot with 30 paylines. The slot uses feminine colours, perhaps to entrance the fairer gender into giving this game a go. Players will be surprised at the wonderful use of pink, aqua blue, and gold and the enthralling orchestral soundtrack that breathes more life into a vibrant game.

Two giant deep-sea squids hug the frame of the reels. Among the icons are card symbols ranging from 10 to Ace. These symbols yield smaller money rewards. The premium symbols are made up of an assortment of ocean floor pick-ups such as:

The mermaid is the wild symbol which will only appear on the first reel. The mermaid will transform into any other icon except the octopus. Any incomplete combinations sitting on a payline is completed if a siren lands on the missing spot. The octopus is the scatter symbol. Three of this will unlock the free spins round. Fourteen spins are up for grabs if only three octopus symbols are spotted on the reels. A player will earn 25, and 36 spins for four and five of the same.

The alluring siren takes on extraordinary capacities in the Free Spins bonus. Each time a mermaid is spotted in the bonus feature, they become sticky. On the next spin, the mermaid begins to expand to other positions on the reels. The siren disappears on the third spin.

Treasures of the Ocean

Siren’s Kingdom offers an RTP just over 96%. The slots are of medium to high variance so players can score some big wins on occasion. All characters pay from left to right with the highest icon paying 13.33 times the base bet. The jackpot stands at 150,000 coins to be made only in the free spins feature. Betting begins at 20 pence for a single spin.

Female slot enthusiasts will appreciate this slot. The magnificent use of traditionally feminine colours and the mermaid theme make it particularly attractive. Siren’s Kingdom can be played in a range of casinos online.