Ice Cave
(No Ratings Yet) 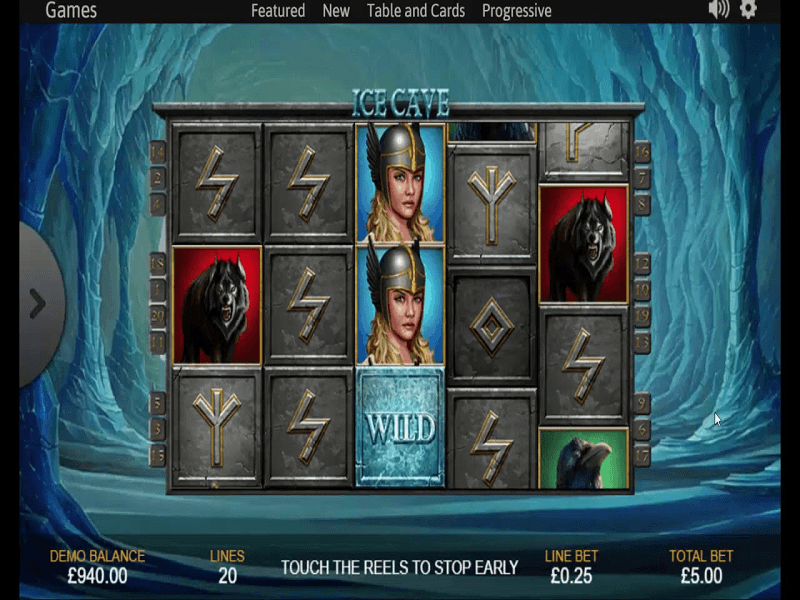 The giant nature of the online gaming software provider Playtech has over the years seen it acquire and run games for smaller companies, one of them being Ash Gaming. This rising gaming firm wows the online gaming scene with the Ice Cave Slot, which runs on Playtech software.

Ice Cave real money slot does not dig too deep into a theme and focuses on a cave made of ice that bears significance to Asgard. Instead, the software company places emphasis on the setting of the game, which carries majestic 3D craftsmanship from the background to the grid. The five reels of the slot appear to be carved out of stone with small boxes placed on each side to indicate the patterns of the twenty bet lines that run across the screen. The ice cave that inspires the title of the game can be spotted in the background in a piercing blue shade as it leads out into the light.

Ice Cave casino slot’s control panel that adorns the bottom of the screen is created using the same stone-grey shade as that of the grid to make it look like an extension of the reels. It bears numerous fields that are used to conduct gameplay, and the process is carried out by players as so:

The Info button leads punters to a second screen where they can assess the characters in the game. The showcase begins with a display of the low payout icons, which are symbols of wealth, power, protection, joy, and victory. Three to five of each pay between two and fifty credits. The list of high paying characters begins with Jarl, who pays the jackpot prize of 250 credits. Valkyrie follows with as much as 100 credits. The two wilds in the game, which are the Ice Wilds and Hammer Wilds, pay in the form of multiplier bonuses.