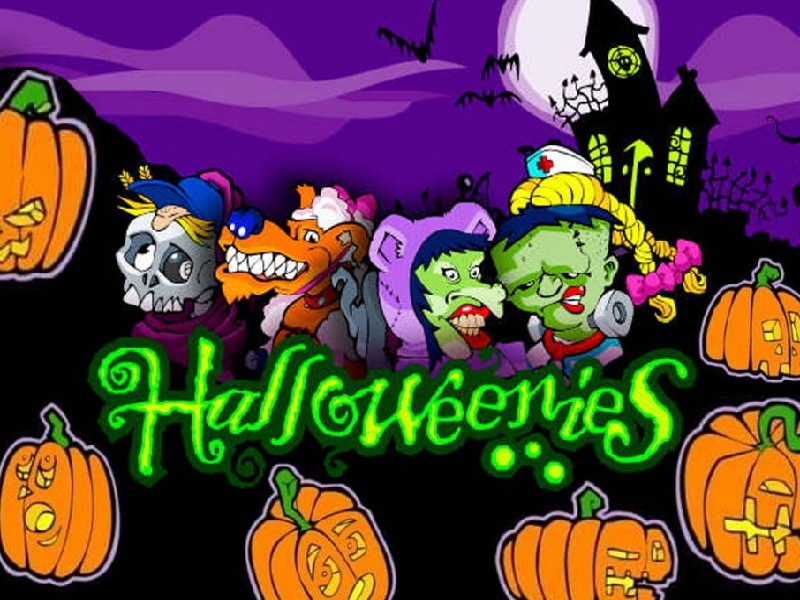 Halloweenies
(No Ratings Yet)

Whether it’s actually the end of October or not, it doesn’t really matter. Any time of the year is good for candies, and for games such as Halloweenies. It was released in 2005 by Microgaming, but it can still hold its own against many of the newcomers.

The first thing players will see is a colourful and a slightly chaotic game screen that will seem daunting at first. Sometimes, it’s difficult to tell all of the symbols apart, as most of them are piles of candies arranged differently. Aside from that, there are undead creatures and what seems to be a wolf masquerading as a sheep. Special symbols include:

The interface is a bit different, but nothing that any seasoned player won’t be able to get around. If you’re looking for an autoplay feature, then you need to click on the expert button in order to reveal autoplay.

Halloweenies revolves around multipliers which are applied to line bet. Bets can go up to 5 coins per line, and their value is maxed at 0.50. There are plenty of casinos online where players can test this game for free and see if it’s to their liking.

There are 5 reels and 3 rows, so the layout will feel rather familiar. In order to win anything, players should always keep all of the potential 20 paylines active. You can adjust this number to your liking, but be wary as you may lose on jackpots this way, which are wild symbols in this game. Filling up the entire screen with the wild symbol can pay out 650,000 credits.

Overall, this game qualifies as an interesting, spooky and sweet tooth inducing experience. It is still active in many casinos, so if you are looking to invest real money in Halloweenies, it won’t be a problem.