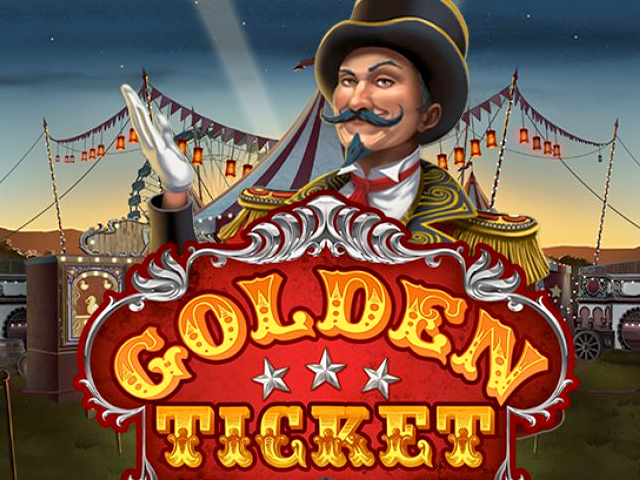 Golden Ticket
(No Ratings Yet)

Recently, Play’n GO has released one of their best slot machines called Golden Ticket. A richly designed game bearing a colorful circus theme is a treat for the eyes. The team really have put some serious work into the game design as the attention to details is at the top level. So, it offers flawless visuals in ultra HD graphics helped by some stunning animations and an energetic soundtrack.

Golden Ticket is set to be played on a 5×5 grid laid in front of a beautiful backdrop of a circus tent and lightings. A strong muscled man keeps on cheering you up on the right side of the reels. To win the game, you will have to land a combination of 3 or more identical symbols on any of 100 paylines offered in the slot.

As far as the stakes are concerned, those are pretty flexible and will be enough to satisfy the needs of both high rollers and low-stakes players.

The minimum you can bet is 0.02 per spin, and the highest you can go for is up to 50 coins per spin. The title pays you for landing a combination of 3 or more matching symbols on an active payline either horizontally or vertically.

On the paytable, you will find plenty of well-designed symbols related to the theme. High-paying symbols include iron weights, skittles, hats, clown, ringmaster, and a strong man. The highest paying symbol is the ringmaster, with a money prize of x50x your line bet.

The wild symbol of the slot is represented by the Golden Ticket logo. It can complete a winning combination by wild substitution. Also, the wild can produce payouts on its own and can reward you with a generous payout.

There are two main bonus features offered in this casino game — a cascading symbol feature and a free spin bonus round. The details are as follows:

Overall, the slot is a complete package, but one thing missing is that there are no progressive jackpots offered. Also, the payouts are not that impressive, and the highest amount you can get from the base gets triggered by 5 wild symbols, which is pretty hard to do.

However, the theoretical RTP of the slot is 96%, which is not that bad. You can give this slot a try for free and see if you feel like trying it for real money at casinos online.