Genie Jackpots
(No Ratings Yet) 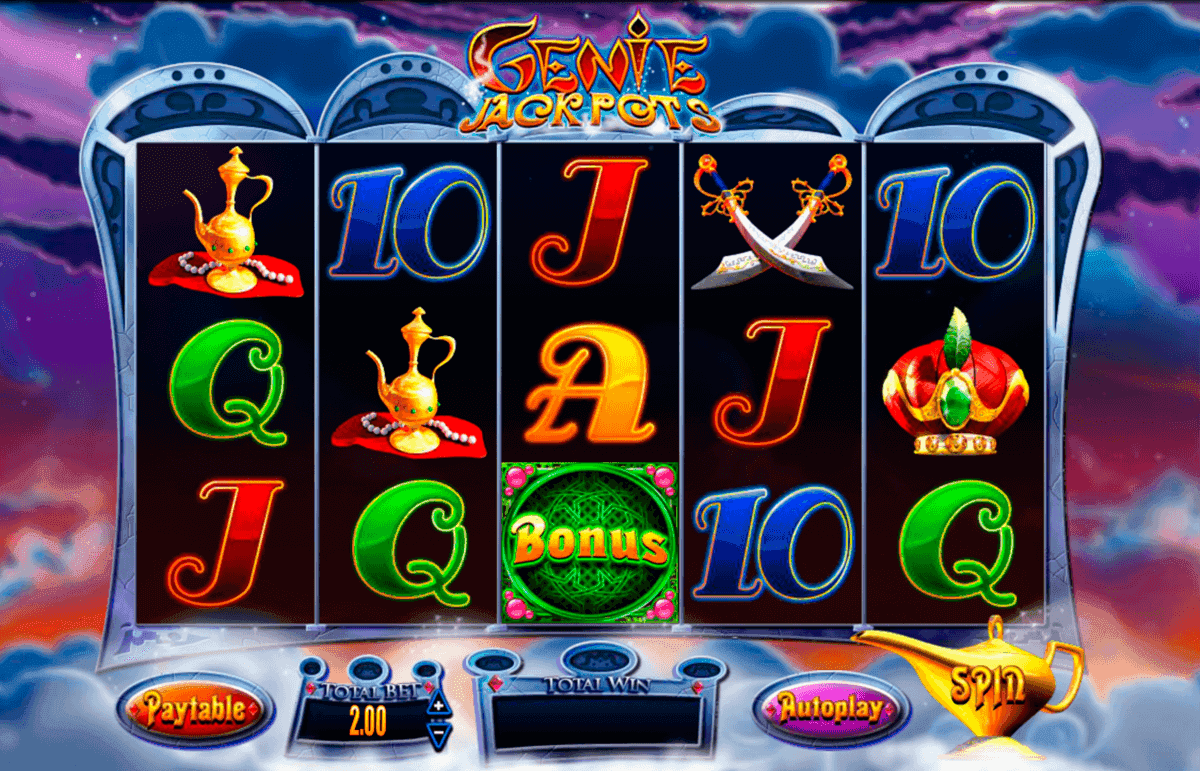 The web is not short of genie-inspired slots, which were made especially popular with the release of the film Aladdin. Blueprint Gaming’s Genie Jackpots is among the titles bearing the theme that have made their way into numerous popularity lists across the globe. The set is built with a middle eastern vibe with Arabic inspired patterns used to outline the five reels on three rows of the game. This setup is placed high in the skies surrounded by blue clouds that complement the setting sun behind them. Twenty bet lines are used in the game, and they are neither adjustable nor marked out unless a winning combination is landed.

Blueprint Gaming applies the same functions for gameplay in nearly all its sets from the stake limits to positions of buttons. In Genie Jackpots slot, gamblers are allowed wagers of between 0.2 and 100 credits, which are adjusted using up and down toggle keys placed to the left of the screen. The spin and auto spin buttons lie to the right, and the latter supports up to one hundred consecutive rounds.

The symbols that lie on the Genie Jackpots grid are colorfully developed with different shades that make them the center of attraction. The symbols include:

The monkey character can be used to activate the winnings of other icons by completing their combinations. The bonus symbol is the only one that cannot be replaced.

Genie Jackpots casino slot provides wins for combos of three to five similar items on a win line. The payouts for standard symbols go as high as four hundred credits, which is granted for the appearance of five slot logos. The wild, however, is the jackpot symbol and tables five hundred credits.

At any given time of gameplay, the 3 Wishes Power Spin bonus can be triggered, which tasks players with choosing one of the three lamps which reveal different prizes ranging from extra wilds to a progressive jackpot prize. Players can also indulge in the Magic Carpet Bonus, which is triggered by three bonus icons. Punters are redirected to a second screen with a variety of multiplier prizes that are awarded by the selection of different lamps. Choosing the Collect lamp ends the round.

Genie Jackpots online casino slot layout and the gameplay is similar in both free and real money versions along with an RTP rate of 92.09%.