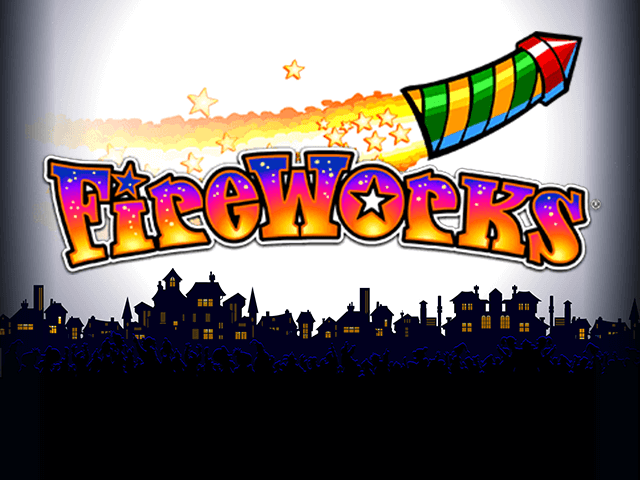 Fireworks
(No Ratings Yet)

The Fireworks Slot is among the games that fall in the simpler side of things but carry well-developed graphics and animations that make them contenders for modern-day gambling. The gameplay is set in the middle of a small town whose houses can be spotted at the bottom of the screen with their lights on. The starry night sky covers most of the backdrop where five reels and three rows of characters are laid out. A crowd silhouette can be spotted at the bottom looking up at the sky to watch the fireworks parade that ensues with the right winning combinations.

Realistic Games declutters the Fireworks online casino slot game screen by including only the spin and autoplay buttons on it. Two buttons are placed on both sides of the grid for each function, and those for autoplay allow as many as one hundred uninterrupted spins. The feature can also be set to stop when a single payout is equal to or exceeds an amount up to one hundred thousand or if the jackpot prize is landed.

A three-striped button is situated at the bottom right of the screen, where punters can access the Bet option. Fireworks accommodates wagers of between 0.2 and 100 stakes, which are the same in both the free and real money versions.

Fireworks’ paytable section is adjusted according to the wager placed for each spin. Each icon pays for the appearance of three of them on one of the ten play lines on adjacent reels. The payouts in the game begin the firework symbol, which pays as much as 2500 credits. The purple seven comes in second with up to one 1500 credits, and it is followed by the gold bars, which offer as much as 1000 credits. The wads of cash close the chapter of high paying characters with one thousand credits for five of them. The gem icons make up the rest of the symbols and pay as so:

No bonus icons are included, but there is a Firework Feature that awards a respin bonus.