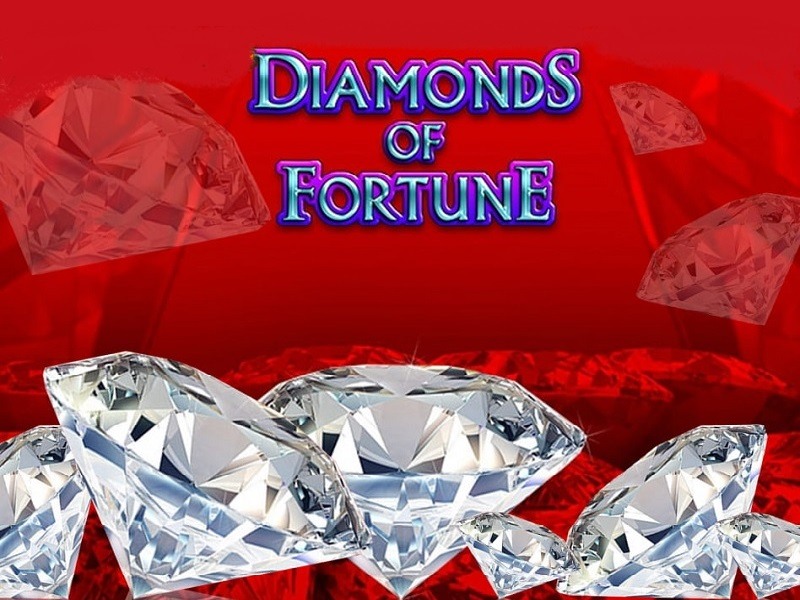 Diamonds Of Fortune
(No Ratings Yet)

Diamonds, being among the most valuable gems across the globe, have long served as inspiration for the development of casino slot machine games, and one such set is the Diamonds of Fortune Slot. This game is the product of the online gaming software company Novomatic, which is ranked as one of the best across the globe.

Diamonds of Fortune does not boast the most impressive three-dimensional graphics and animations, but its simplistic development approach serves as an attraction for punters looking to step away from action-packed sets. The set is built with five reels and three rows that bear a solid black colour; this makes the bright icons placed on them pop even more. The reels are separated using gold bars, which are also used to line the entire grid. The title of the game sits at the top centre in blue and white fonts placed on top of a shiny diamond. The backdrop is made entirely red with some sparkles here and there.

Getting Started with a Game

Novomatic maintains the same gameplay procedure in its slots as that of most other software developers, so no new skills have to be acquired for gameplay. Since the ten play lines of the game cannot be adjusted, punters can skip right to changing the coin value to use from as little as point one credit to as much as fifty credits; this is done using the (-) and (+) toggles keys. When spinning the reels, gamblers can choose to do so manually using the Start button or in consecutive motion using the Autoplay button.

Credit wins are granted to players for landing three or more similar characters on a bet line. These wins for Max Bet of 50 credits per spin are accorded as follows for five of each:

A progressive jackpot feature is also included and is triggered at random. After each spin, punters are given the bonus chance to double their wins with a gamble feature where they have to choose the colour of a down-facing card.

Also, four mystery bonuses will be started at random to bring more prizes to lucky players.

Diamonds of Fortune can be engaged in the free and real money modes in mobile casinos online. The set has an impressive RTP rate of 96.45%.