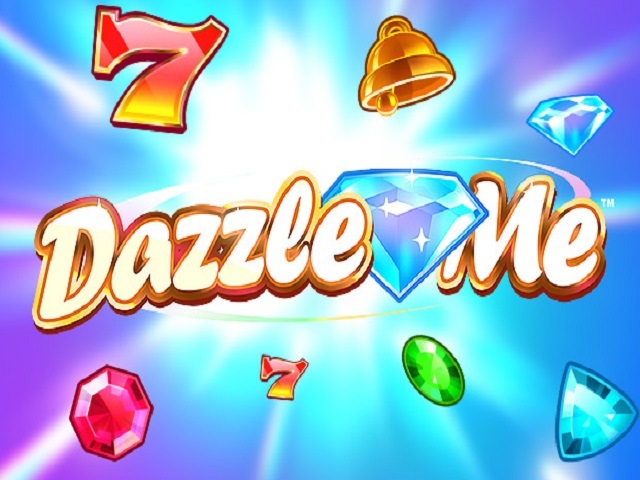 Dazzle Me
(No Ratings Yet)

Dazzle Me online casino slot game is one of the simpler takes on the gems theme but is not sparing with unique and eye-catching elements. The game developer behind its creation, NetEnt, is famous for being among the top three slot providing companies in the world, and its prowess in the skill reflects in the Dazzle Me slot. This set is built with a unique reel configuration that consists of five columns. The first two reels are placed on three rows, the second group of two sit on four rows, while the last one stands tall with five rows. This arrangement is distinct to the set and allows it to carry an impressive seventy-six bet lines that are set in place.

The arrangement of the Dazzle Me slot may be something that can hardly be spotted anywhere else on the web, but the gameplay procedure does not see any changes to that of most other real money NetEnt slots. In this casino game, players use the control panel placed at the bottom of the screen to conduct the procedure which goes as follows:

As the reels spin, a variety of symbols adorn the screen, which are mostly gems to match the theme of the game. These icons include:

The diamond is the wild, which gives it the power to stand in the place of all other characters to complete winning combinations.

Dazzle Me rewards are in the form of credits that are given for two to five similar characters on a bet line. For low-value icons, winnings start with combinations of three. The red seven is the jackpot symbol with wins of up to two hundred credits. A free spins bonus is included in the game and triggered by the appearance of three to five bonus symbols. An extra bonus dubbed the Dazzling Wilds Reels is also added to the mix, which turns one to all five reels wild.

Dazzle Me online slot is provided with compatibility to both desktop and mobile devices. On both platforms, it displays an RTP rate of 96.9%.