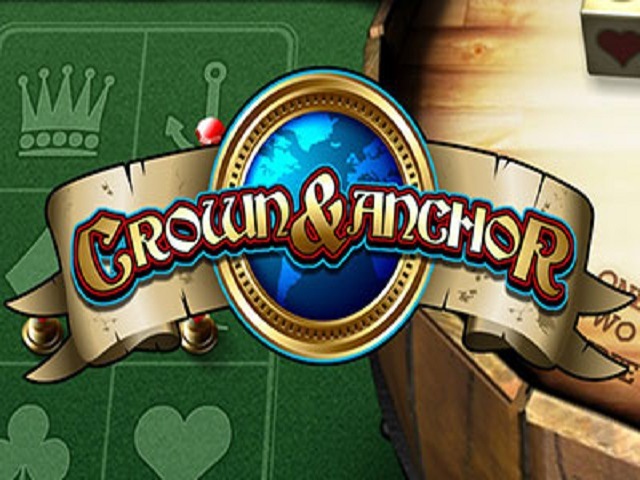 Crown and Anchor
(No Ratings Yet)

Microgaming is recognized the world over as a leading company in the production of slot machine games, and its prowess extends to other game categories. Crown and Anchor are among the games that fall in their specialty category. Despite being less popular than slot titles, this casino game has a long history in the industry and faces sufficient demand to support its creation.
Crown and Anchor are among the oldest games online having been invented back in the eighteenth century. It was mainly played by Royal Navy sailors, which kept them busy during their long sails and was spread across the globe by British merchants and fishermen. The game remains nearly as it was during its invention today, and Microgaming borrows every aspect in the development of their variation.

The layout of the game is quite creative to match that of the olden day setting with a symbols’ mat laid to one side and a barrel to the other. The table holds the six sides of the dice which are:

The title is gracefully placed at the top of the gambling mat, and the splashing of waves can be heard along with the sound of conversation and seagulls chirping.

Crown and Anchor follow some of the simplest gambling rules which makes it easy to engage for both new and experienced players. Much like Sic Bo, players place stakes on what they think will be the result of three rolled dice, all of which carry the items mentioned above. Wagers are set using the chips placed at the bottom of the screen ranging from 0.5 to 500 credits. After each round, one can choose to either clear the table or rebet. An autoplay function is also included.

The wins in the Crown and Anchor game are pretty simple since they are generally determined by the odds that are as follows:

There is no jackpot prize in the game, and neither are any bonuses included. The RTP rate is 92.13%.

Crown and Anchor game can be played for free in casinos online before the real money version can be launched. Both options feature the same bet limits and payout odds.