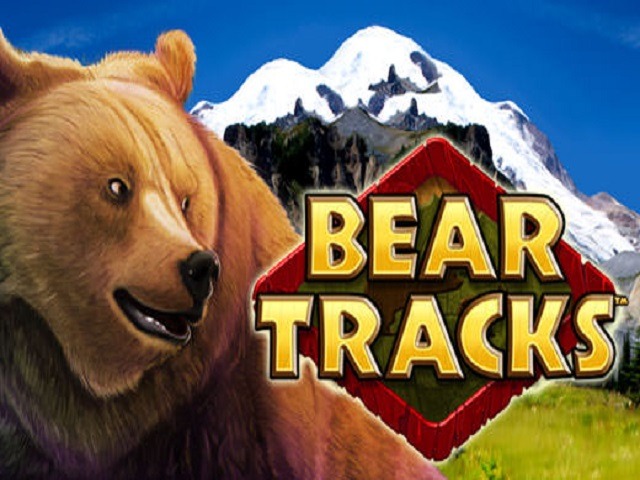 Bear Tracks
(No Ratings Yet)

Bear Tracks casino game is a product with 40 paylines and 5 reels. Players trying the game to secure a big win, have all the avenues opened up with a large number of stacked features coming up alongside. In short, the product with a catchy theme and storyline is a complete package for the real money gamblers.

Bear Tracks in casinos online commences with 5 regular paying symbols in the main game reels. The first of the lot is the image of a White Bear having the highest value of 2.00 coins for appearing 5 times in the reels. The 2nd highest payout symbol is the image of a brown bear with a maximum pay of 1.75 coins.

The black bear imaged symbol in the 3rd position pays off 1.5 coins for featuring 5 times across the reels. The fourth and fifth places are occupied with a Panda and a Koala, both of whom has paid 1.25 and 1.00 coin valuations for appearing 5 times.

Bear Tracks casino game has a bet range from 0.4 to 80 coins. This comes for the game having 40 paylines at stake.

The Wild symbol is the game logo itself. It has its payout scheme and assures a maximum payout of 5 coin multipliers for filling 5x times in the reels. While in the other phase, the symbol is responsible for replacing all low payout symbols except that of the bonus.

The Ultra Stacks feature in the casino machine works with the role of each reel of the adjacent corner has an unfixed yet relatable symbol. All these symbols appearing for replacement have the regions affixed before the spin begins. However, this may vary according to the symbols and from every single reel involved in the spin process.

The bonus symbol triggers free spins for its appearance over 3 times across the reels. The round kicks off with 15 free games and during the course of the round, at any instance when the first reel is stacked with the bear symbol, the bear trap feature starts.

During this feature, it will freeze the first reel and will continue with other symbols. This will continue when no new symbols arrive. This round can be re-triggered up to a time of 150 free spins.

Bear Tracks from Novomatic is a beautiful animal-themed slot game, which tells a good tale about Wild Bears around forests. The slot is stuffed with jackpot rounds, and real money gamblers will never miss them out. In the end, try this game having an RTP of 95%.