Ariana
(No Ratings Yet) 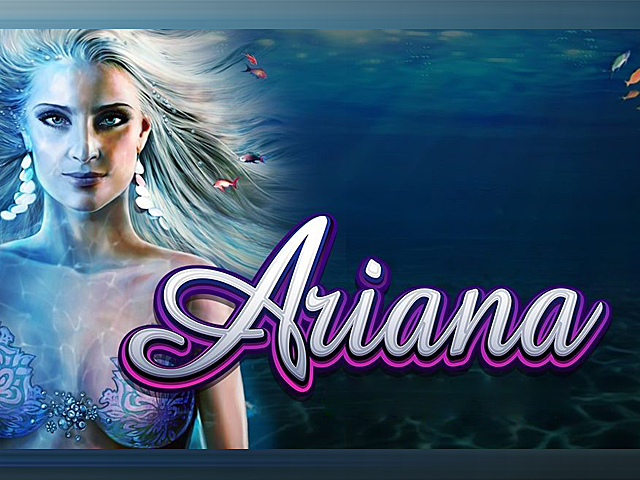 Ariana online slot is one of the older releases by Microgaming, and it falls in the software developer’s games that focus on the ocean. The game features the underwater princess Ariana that awards gamblers with credits when the right symbols land on the screen.

Ariana Slot features the classic development that rhymes with its aged nature but also shows the effective use of imagery by Microgaming over time. The game’s grid, which consists of five reels on three rows, is set at the bottom of the coral reef. Schools of fish can be spotted nearby with ocean floor plants giving the clear blue waters an immersive appearance. The slot reels are transparent for the most part to allow punters to view the setting with clarity.

The traditional control panel that is common with old Microgaming slots sits at the bottom of the grid, and it is used to conduct the gameplay sessions. With the Bet button, players open a second tab that can be used to place stakes of between 0.5 and 125 credits. The spin button is positioned at the bottom left, which starts the game. However, autoplay is not supported.

When the reels are spinning, gamblers are treated to a display of various characters that are developed in relation to the theme of Ariana Slot. These icons include:

The starfish is the scatter, which makes it the only character that not only pays despite its position on the reels but also the only one spared from being replaced by the wild, which is the game logo. During gameplay, Ariana can appear stacked on any of the five reels, while all others related to the theme can carry the same feature on the first reel.

Ariana casino slot pays when three to five characters align from left to right on adjacent reels and one of the twenty-five play lines. The wins are displayed in the paytable section as follows:

The wild logo can also create combos of its own on top of finishing those of others. Five of the symbols reward 1250 credits. Three and four of them grant 250 and 375 credits, respectively.

The Ariana jackpot prize of 12500 credits is reserved for five starfish. Two to four of the same pay between 125 and 1250 credits. The icon also triggers fifteen free spins when three to five of them appear anywhere in the reels. The bonus rounds are launched with the same value that activated the freebies.

Ariana Slot is featured in Microgaming casinos online with an RTP rate of 95.48%. This percentage is constant when playing the set in either free or real money modes.