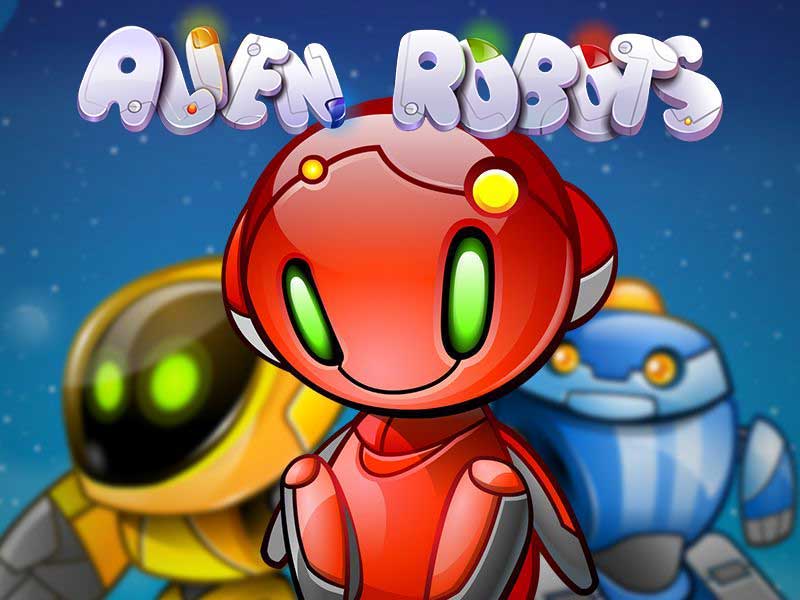 Alien Robots slot is an Alien/Robot themed slot from Net Entertainment. This beautifully animated slot covers characters floating in space. It comes with 5 reels and has a maximum of 243 lines of pay (players can use as little as 30 bet lines).

This medium to high volatile game can be comfortably enjoyed on a number of devices. It can be enjoyed on your Linux, Windows, Android or iOS devices.

The Wild symbol is represented by the robot with the white face and radiant pink eyes. Its duty is to emit lightning bolts once activated. It can be used to replace all other symbols besides the Scatter.

In addition, during the free spins round, it can be used to trigger the Sticky Wild feature. The Scatter, on the other hand, is represented by a UFO character, complete with a bright green light upon take-off.

As with most classic slot game; Alien Robots comes with fairly basic features. It comes with free spins which can be triggered when you unleash three or more Scatter symbols.

During the free spins round, if Wild symbols make an appearance on the reels, then the Sticky Wild Feature will be unveiled. With it comes possibilities of enjoying pretty good winnings.

As far as bonuses go, the free rounds call for decent bonuses. Once in this round, if the Wild appears on the reels and expands to cover all available symbols, then it becomes a sticky Wild and will trigger the re-spin feature with its rewards.

How User-Friendly Is the Game?

With its cartoon-like composition, Alien Robots is a very user-friendly slot. Everything that the player needs to access is clearly marked on the screen. As such, it is possible to understand the paylines, coin values, and bets per line of a given round.

In addition, things such as current balance, current bets and current credits are also clearly visible, so the player knows how well or how badly they are doing.

Alien Robots is an Alien-Robot inspired slot that comes with 5 reels and up to 243 lines of pay. It is a medium to high volatile game that can be accessed on a number of platforms (Android, iOS, Windows and Linux).