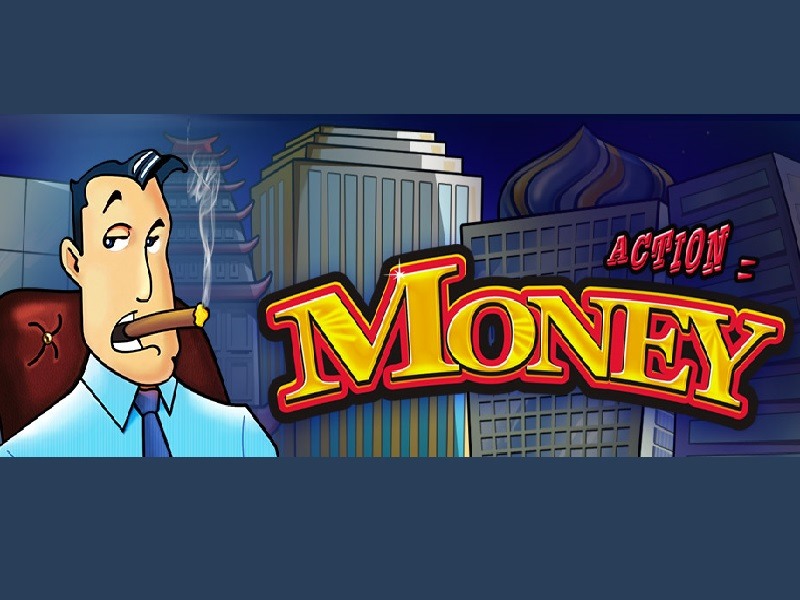 Euro Games Technology has been in the online gambling business for a while, and one of its biggest slot releases is Action Money. This casino slot game is based on Wall Street inspired with showcases of money and wealth all over the playing grid of five reels and three rows. 20 win lines are included for gameplay, and one can choose to activate one, five, ten, fifteen, or all of them. The graphics of the game are not the most modern featuring cartoon imagery. The backdrop is adorned with skyscrapers aligning the coastline while the playing grid appears to be hovering over the sea. The tunes of the game are kept mellow and only play when winning combinations are hit.

Action Money Slot has a simple gameplay procedure like that of most other online slot machines. Gameplay is conducted using the control bar placed at the bottom of the blue screen with different commands. When it comes to placing stakes, players have to choose one of five set credit values which are 20, 40, 100, 200, and 400 credits. The spin button is denoted by two rotating arrows placed next to the credit option. The icons that make an appearance on the reels enhance the money-theme of the game, and they include:

The signed contract is the scatter of the game and is the only symbol that cannot be replaced by the wild, which is the young boss.

The lower paying icons of Action Money, which are the gold credit card, blonde, office building, blue limo, and the suited me, trigger payouts when three or more are matched on the reels. The high paying ones start providing payouts when two or more align on an active bet line. Five wild icons provide the highest win of the game in the form of a ten times multiplier bonus. Each win activates a gamble feature that lets one play to double their wins or lose them all. Four progressive jackpots are also featured and are triggered at random.

Action Money Slot is found in numerous EGT casinos online in both free and real money options, and it also features mobile compatibility with some of the most popular OS. The RTP of the game is unknown.