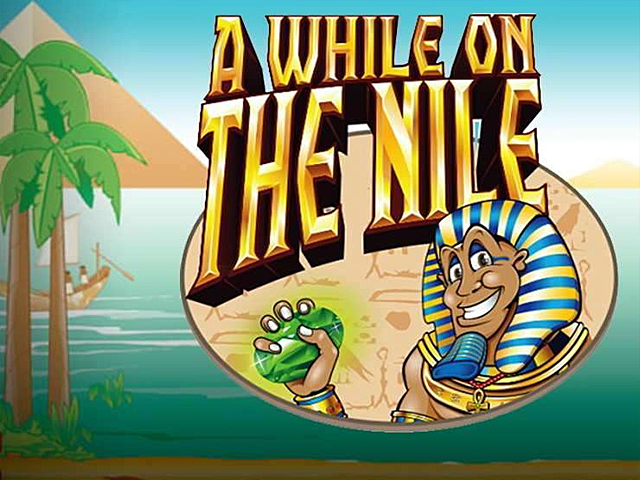 A While On The Nile
(No Ratings Yet)

Play A While On The Nile Slot Machine Online for Free

Enjoy a ride on the Nile with the amazing A While on the Nile video slot by NextGen Gaming. This slot machine is developed with the ancient Egyptian theme in mind. Players will, as is expected of a visit to Egypt, come across the famous pyramids. They will also be thrown back in time and meet Cleopatra, as well as the Eye of Horus, Scarab beetle, Pharaoh’s head, Pharaoh’s staff, stone tablet, and poker card icons. The graphical layout of this game is brilliant, with a beautiful bright sky and vegetation typical of an Egyptian setting.

While on the Nile presents a screen that is user-friendly. There are 5 reels and 50 paylines that a gamer gets to play with. A player needs to be aware of the following features before they place their bet:

Only 1 coin can be staked per line, with the size of this coin varying from a minimum of 0.01 to a maximum of 2.

Win with Wilds and Bonuses

A While on the Nilefeatures multiple bonus highlights, including:

The prowess of NextGen Gaming casino software developers is clearly seen in the A While on the Nile slot machine. With beautiful visuals and amazing bonuses, this slot is one that is worth trying out, regardless of its lack of progressive jackpots. Check it out in one of the many casinos online offering it.